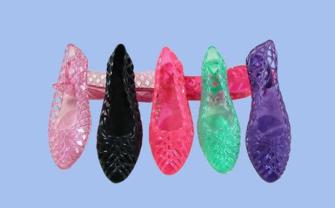 Once you get to a certain age, you look back at some of the choices you made in your life and wonder what in the hell you were thinking. What you see here is pretty much all I wore for most of the mid 80s. The black Michael Jackson “Beat It” jacket with removable sleeves, parachute pants (I had pretty much every color imaginable), and jellies. Tell you what, I rocked the hell out of this ensemble. In 90° Florida weather, no less. You probably couldn’t pay me to wear any of this stuff today, and any photos of me from back then are hidden away and will never see the light of day, but I have very fond memories of sweating my ass off in a fashionable manner. 😀

I think I might write a story set in the 80s one of these days since that seems to be a thing now (like Stranger Things on Netflix—watch it!). It was a great decade to be a kid, wardrobe notwithstanding.

For this week’s TBT post, I was going to share the lyrics to a song I wrote when I was a kid about love and loss and moving on with life. Then I read over it, cringed, threw up in my mouth a bit, and deleted the entire thing. Some things should remain forever hidden from the public. That was one of them.

Have one of my favorite 80s songs instead:

So much awesomeness. And aluminum foil. 😀

One random day back in 1999, I decided to go shopping. I ended up at this used CD store and bought a few things. You guys remember CDs, right? Anyway, one of the CDs I bought was—don’t judge me—WWF (now known as WWE) The Music, Volume 4. (I grew up watching wrestling; as a kid I always knew Santa wasn’t real but boy was I heartbroken when I found out that wrestling was scripted, lol.) This was back before they were ordered to change their name because of the World Wildlife Fund.

So anyway, I got back into my car and decided to pop it in and have a listen while I drove around. Everything was fine and good until I got to the Undertaker’s theme. Now mind you, I’d heard it a thousand times before at that point, but only bits and pieces because they never played a wrestler’s full theme song on TV given the short amount of time it took for them to get to the ring. So it wasn’t until I was joyriding around the city that I actually had a chance to hear the song in its entirety. And something really strange and awesome happened when I heard it. I thought of a story. Up until that point, I’d never given a thought to writing about angels, but all of a sudden, it was all there in my head. The story was about a group of angels that had been cast out of Heaven and decided to take it upon themselves to murder a child—a prepubescent Antichrist—because they wanted to save the world. (This may sound familiar to some of you who follow me in fandom.) In the four minutes it took for the song to play, I mentally plotted out the entire story from start to finish, and I rushed home and started writing it. And from there, other stories spawned, including Divine Will, which I mentioned in a previous TBT post. Before I knew it, I had created an entire universe of angels and demons and one very reluctant son of Satan. And it all came about because of a freaking wrestler’s intro music. Imagine that.

Later this year when I resurrect my angel-verse, you can pretty much bet that I’ll be listening to this song for inspiration. 😀

Glenn Frey recently passed away, in what I can only describe as 2016’s apparent ongoing effort to rid the world of remarkably talented individuals. 😦  I discovered the Eagles ass backwards, meaning that as a kid I was a fan of each member’s solo music before learning that they all used to perform together. I remember getting one of their cassettes from Columbia House (Remember cassettes? Remember Columbia House??!) and the rest was pretty much history.

“Desperado” is one of my favorite Eagles song, though in recent years I’ve associated it more with that Seinfeld episode where Elaine’s boyfriend is so enraptured whenever he hears it that all he can do is stare into space. Hilarious episode, that. Anyway, I came across this video of Glenn singing it and decided to share.